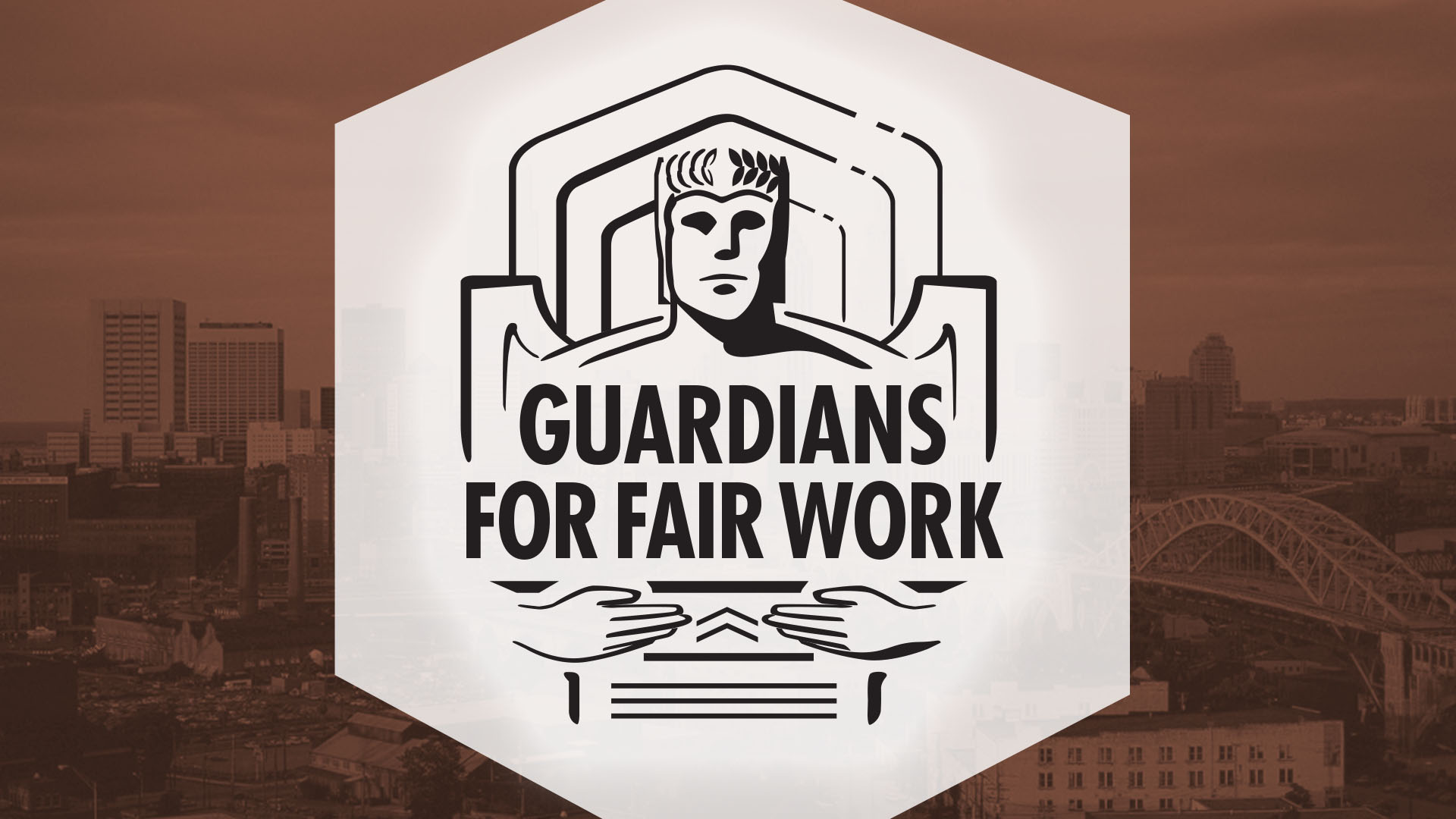 The City of Cleveland, Cuyahoga County and the State of Ohio recently announced a $435 million lease extension with MLB’s Cleveland Guardians through 2036. The deal includes $285 million in public subsidies for the maintenance and renovation of Progressive Field. Local political leaders are lining up in support of the deal, in part, because of the hundreds of workers the baseball team employs and the thousands of temporary construction jobs a major development project creates.

Guardians for Fair Work poses a simple question: If the public is being asked to fund a private business operation on the basis of job creation, shouldn’t lawmakers also ensure quality jobs across Cleveland that pay workers fairly and treat workers with dignity?

What is wage theft + what can we do about it?

When employers refuse to pay promised wages, pay less than the minimum wage, fail to pay for all hours worked, or don’t pay overtime compensation as required by law, it is theft. They’ve stolen that worker’s time and their wages. Wage theft also includes misclassification of contract workers or part-time workers. Nationally, employers steal some $15 billion from working people each year, more than all robberies, burglaries, larceny, and motor vehicle theft combined.

Guardians for Fair Work is calling on Cleveland City Council to allocate resources to ensure existing wage theft regulations are enforced so that Cleveland’s working people are able to get the wages they’re entitled to.

What is unfair scheduling + what can we do about it?

Unfair scheduling practices include unpredictable and unstable work schedules, little advance notice of work hours, and lack of worker control over schedules.  Unsurprisingly, unfair scheduling practices have major consequences for workers. They can hinder a workers’ ability to take on additional work or pursue additional training and education that would put them on a path to family sustaining wages.  It also hinders their ability to care for family and  access childcare, transit, and healthcare.